- PHOTOGALLERY During the day @ x-bionic® sphere in Šamorín

Driving World Premiere of the Top Class... Eight of the world's best Four-in-Hand Drivers will participate in the X-BIONIC® DRIVING SUMMER TOUR, as part of the first Driving competition in Šamorín, Slovakia, on Friday 26th and Saturday 27th July, in the evening and on Sunday, July 28 at noon, will fill the audience  with enthusiasm in a super-fast contests.

In two CAI competitions, and an exciting show, at the first action marathon session (combined marathon) in this level, which is held in an open-air stadium, Driving superstars like the current #1 in the world, the multiple and reigning FEI World Champion, the  Australian Boyd Exell and FEI Team World Champion and US multi-champion Chester Weber.

The FEI World Cup™ Champion 2019 Bram Chardon and his father, the reigning FEI European Champion Ijsbrand Chardon, from the Netherlands, will fight for seconds and balls in Šamorín.

Glenn Geerts from Belgium, and the German Georg von Stein, multiple FEI Team medallists, as well as the FEI Team World Champions with the Hungarian Team - the FEI Top Driver 2018 József Dobrovitz and his son József Dobrovitz jun. complete the top-class starter field in the supreme discipline of the Driving sport. 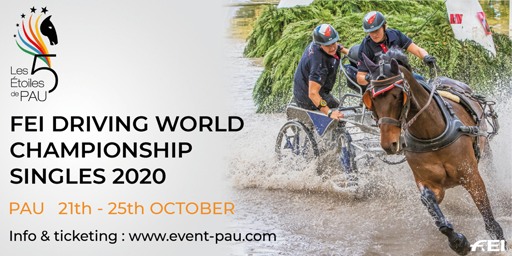